The infamous pregnancy hormone, human chorionic gonadotropin (hCG for short), is one of the most important hormones required for a successful pregnancy. In a nutshell, hCG helps the body build a safe and supportive nest for growing a baby. 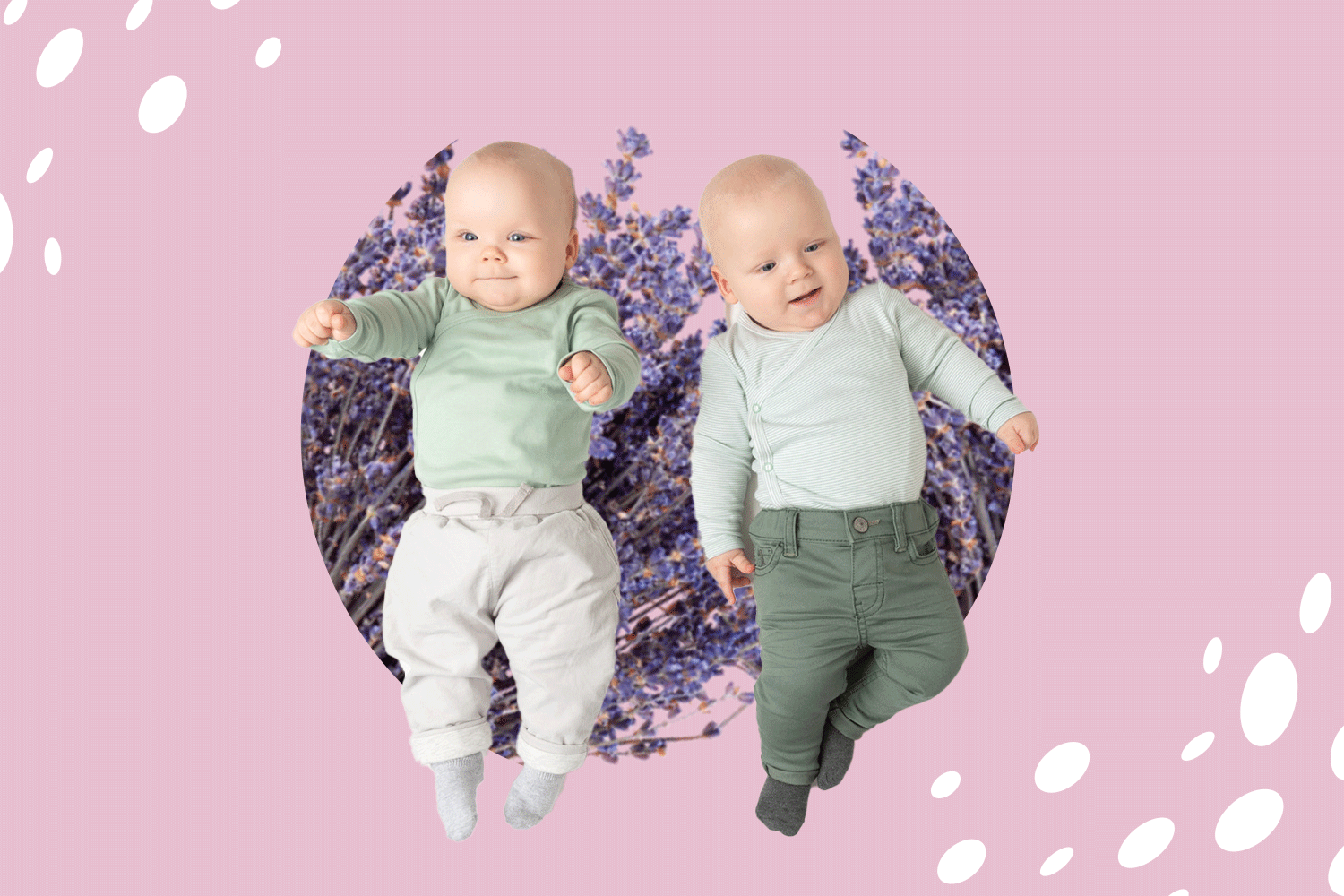 A woman who is not pregnant will likely have a baseline hCG level of less than 5 MIU/ml. If conception occurs, hCG then rises rapidly during the early phases of pregnancy and peaks sometime around week 10. In women carrying a single child, hCG may reach over 200,000 mIU/ml. However, in women carrying multiples, this number may be much higher.

If you suspect that you may be having multiples, this article will address some of the questions you may have about hCG levels, twins, and what hCG ranges to expect throughout a multiple pregnancy. We’ll also follow up with some guidance on how to test for hCG either at home or at your doctor’s office.

Is hCG always higher with twins?

While there is some research that suggests hCG levels can be higher in twin pregnancies, this is not necessarily always the case. It is still possible to have twins even if your hCG levels are within the “normal” range for a single pregnancy.

However, there is still strong evidence in favor of the idea that hCG levels are typically higher in twin pregnancies. One study in particular found higher than average hCG and estradiol (E2) levels in women carrying twins. Another study also found that peak hCG concentrations were significantly higher and much more prolonged in twin pregnancies. Some in the medical community even estimate that women carrying twins may have approximately 30-50% higher hCG levels compared to women with single pregnancies.

That being said, it’s important to remember that hCG levels can vary widely among women. This is why abnormally high hCG levels alone are not enough to confirm a twin pregnancy. The only way to confirm this is with a standard ultrasound at around five weeks.

What about hCG doubling time with twins?

In a twin pregnancy, hCG will most likely increase at a similar pace to a single pregnancy. The only difference is that the base level for a twin pregnancy will likely be much higher.

This means that in the first four to six weeks after implantation, you can expect hCG to double every two days. Until week 6 of pregnancy, doubling time may slow down to every three to four days. HCG levels then typically peak around week 10, before leveling off and staying constant until delivery.

If you’re not quite familiar with the role that hCG plays in pregnancy, here is a brief overview to get you up to speed.

Human chorionic gonadotropin (hCG) is a type of hormone that is produced as soon as implantation begins. Its role specifically is to help the corpus luteum increase the production of progesterone, which is crucial to the growth of the uterus and the uterine lining. If hCG is not being produced, estrogen in turn cannot be produced at an elevated rate and pregnancy is not possible.

HCG is often called the “pregnancy hormone” for this reason, along with the fact that pregnancy tests are designed to test for the presence of hCG in the body.

There are no standardized hCG ranges for twin or multiple pregnancies. However, it is estimated that the normal hCG levels for twins is 30% to 50% higher than with single pregnancies. 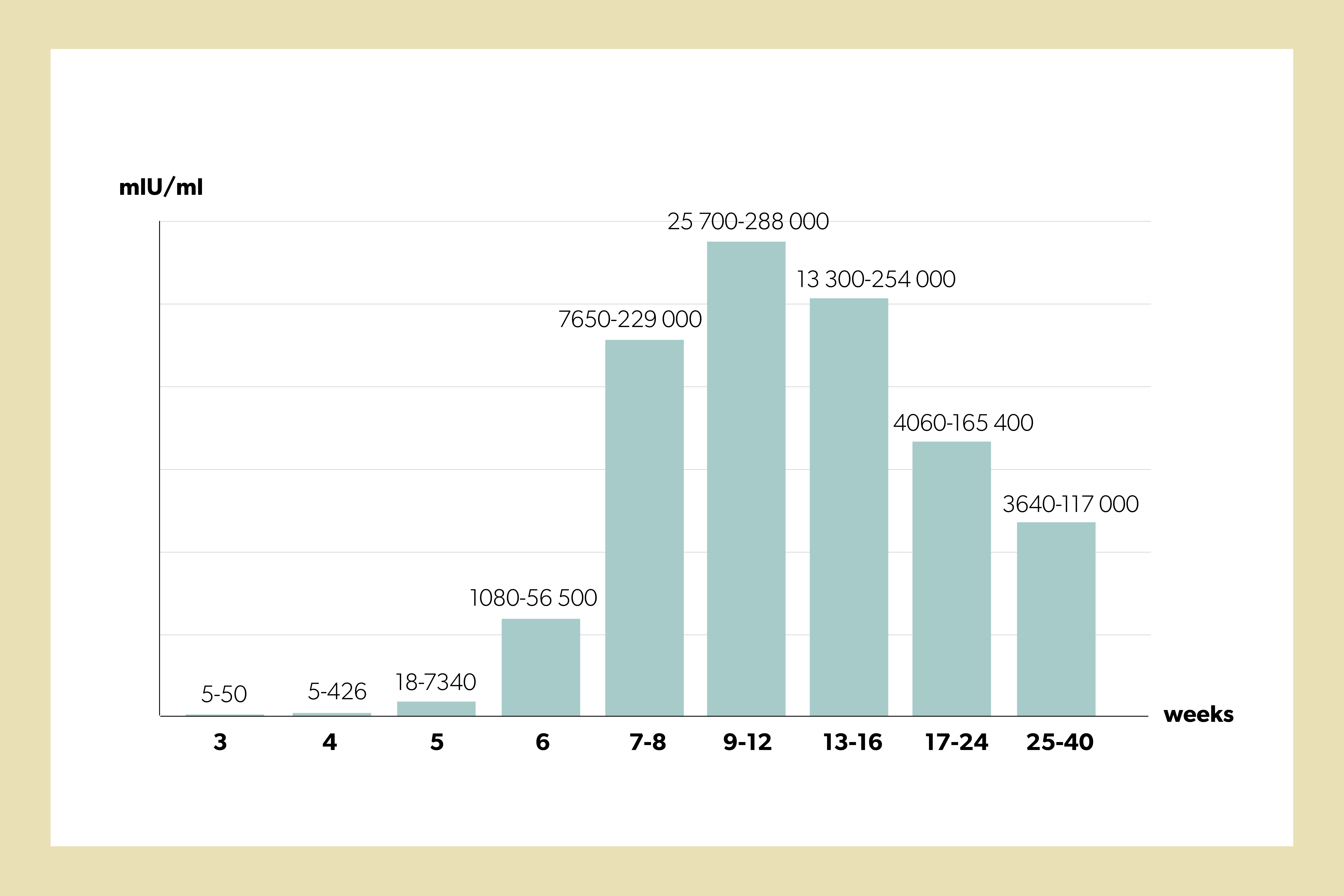 How does hCG testing work?

Testing for the presence of hCG in the body can be done in two different ways:

Urine tests are simply the pregnancy tests that you can find at the pharmacy or supermarket. Blood tests, on the other hand, require a visit to the doctor’s office where a sample of blood is taken and sent off to a lab to be analyzed.

The earliest you can take a blood test is 6-8 days after ovulation. A urine test can be taken as early as 12-14 days after your conception date.

What do high hCG levels mean?

Higher than average hCG levels may be an indicator that you are having twins. In rare cases, it can also be a sign of a molar pregnancy or down syndrome. There is also the possibility that you have miscalculated your conception date and are actually further along in your pregnancy than anticipated.

If you are worried about your hCG levels being too high, open up to your doctor about your concerns. They can offer more personalized advice and run additional tests if necessary to further assess the health of your pregnancy.

What do low hCG levels mean?

Lower than average hCG levels in some cases can indicate an ectopic pregnancy or miscarriage. It can also mean that you are not as far along in your pregnancy as you may think. Again, speak with your doctor if you are concerned that your hCG levels are too low. They will be able to offer advice based on your specific situation and medical history.

Testing hCG at home vs with a doctor

Even though you can test for hCG both at home and at the doctor’s, it’s important to make a distinction between these two different types of tests.

Testing at home with a urine test is relatively straightforward. This type of hCG testing is known as the standard pregnancy test. There are multiple brands of tests to choose from, and they all may have different methods for collecting and testing urine.

At-home tests are great for confirming that you are in fact pregnant. However, you will not receive a result with your exact numeric hCG concentration level.

HCG Blood tests, sometimes referred to as “beta hCG tests”, can also confirm pregnancy. However, instead of receiving a “yes” or “no” answer as you would with a urine test, you will instead receive an exact measurement of what your hCG concentration level is. This will be measured in mIU/ml.

Once your result is in, your doctor will be able to confirm whether or not you are pregnant. By monitoring your hCG levels over time, your doctor can continuously monitor the health of your pregnancy and provide further guidance in cases where hCG levels are higher or lower than average.