DHA and Pregnancy: Why Is It Essential For Pregnant Women?

DHA, or docosahexaenoic acid (try saying that ten times fast!), is an essential nutrient for infants. Because it plays an important role in brain development, it’s also an important nutritional building block for pregnant women.

But just how much DHA should you consume if you are trying to conceive (TTC), and what foods is it found in? Consider this blog post your ultimate guide to DHA and pregnancy, including why it’s important for you and your baby, where to get it, and how much you need.

DHA is an omega-3 fatty acid that’s critically important for growing babies and their pregnant mothers. It’s responsible for many different aspects of health, including heart health, joint mobility, and immunity. In fact, DHA plays such a large role in our bodies that it’s found in every single human cell.

DHA is an especially important nutrient for pregnant women. Consuming an adequate amount of DHA during pregnancy is crucial for brain, eye, heart, and nervous system development. DHA also works to prevent low birth weight and premature birth, as well as postpartum depression in mothers.

One of DHA’s most important functions is promoting healthy brain development in infants and children. The adult brain grows to 85% of its final size during the first three years of life, making DHA an especially important nutrient during early childhood. The fatty acid also supports learning; DHA deficiency has been linked to learning disorders such as attention-deficit hyperactivity disorder (ADHD) in children.

Benefits of DHA During Pregnancy

Because DHA is so crucial to healthy development, pregnant mothers will want to make sure they are consuming enough of this omega-3 fatty acid to support their baby’s long-term health. However, you may not know that DHA also has benefits for you as the mother. Here are some of the reasons why DHA is important for both babies and new moms during pregnancy.

For Your Baby: Eye, Brain, Heart, and Nervous System Development

DHA is an especially important nutrient for babies during gestation (pregnancy) and the first three years of life, as major brain development occurs during this time. Studies show that infants who received enough DHA during gestation exhibited improved psychomotor development and mental processing scores by four years of age.

While brain development is certainly one of the most important reasons why babies need optimal levels of DHA, this nutrient also supports other outcomes, such as eye and nervous system health. In one study, infants fed formula supplemented with DHA were found to have better visual acuity, as well as lower blood pressure, which may decrease their risk of heart disease later in life.

DHA is also critical for maintaining a healthy birth weight during gestation. Babies whose mothers supplemented with DHA during pregnancy had higher gestational age, birth weight, and length than other babies. Low birth weight can be dangerous for babies, as it may cause problems with breathing, digestion, and eyesight, or even bleeding in the brain or heart valves.

For You: Decreased Risk of Early Labor and Postpartum Depression

It’s equally important for new mothers who are TTC to get enough DHA, as this nutrient also supports a healthy pregnancy. Getting enough DHA during pregnancy benefits you as much as your baby, in that it decreases the risk of early labor and postpartum depression.

Early labor, or premature birth, is the leading cause of death in children under the age of five. It occurs when a baby is born before nine months gestation, meaning the baby is not fully done developing by the time he or she is born.

Babies who are born prematurely can suffer from birth defects and other health issues that can negatively impact them for the rest of their lives. Luckily, studies show that increasing the amount of DHA consumed during pregnancy can significantly reduce the risk of premature birth.

As important as DHA is for babies, it is also important for mothers. Because pregnant mothers transfer DHA to the growing fetus, it’s theorized that the depletion of their DHA stores may be responsible for postpartum depression. Some studies show that consuming more fatty fish, which is rich in DHA, may reduce the risk of postpartum depression.

Dosage of DHA During Pregnancy

By now, you probably understand just how important it is to get enough DHA when you are TTC. So, how much DHA do you need to keep yourself and your growing baby healthy during pregnancy?

The current recommendation is that all pregnant women get at least 200 mg of DHA each day. DHA can be found in some (but not all) prenatal vitamins. It is also naturally occurring in many foods.

Because of the importance of DHA, it’s important to start taking a prenatal supplement containing DHA as soon as you know you are pregnant. Tracking your fertility hormone concentrations and menstrual cycle symptoms with a digital fertility tracker like Mira can help you catch the early signs of pregnancy before the average pregnancy test.

In the next section, we’ll talk about some of the ways you can get more DHA to support your baby’s development during pregnancy.

How to Get More DHA if You’re Pregnant

Even if you are taking a prenatal vitamin containing DHA, you might still be concerned that you aren’t consuming enough DHA for the health of you and your baby. Thankfully, DHA can also be found naturally in many foods that are safe to consume during pregnancy. However, if you aren’t sure if you should eat a certain food while pregnant, you should always check with your OB/GYN before adding any new foods into your diet.

Fish and seafood are rich in DHA and other omega-3 fatty acids. The Food and Drug Administration (FDA) recommends that pregnant women eat eight to 12 ounces, or two to three servings, of seafood each week.

However, not all seafood is safe for women to eat when they are pregnant. Some varieties are high in mercury, which can damage the lungs, kidneys, and nervous system of your growing baby. You should also avoid eating raw fish, such as sushi, when pregnant, which can also expose the fetus to mercury and other dangerous bacteria.

The safest types of seafood for women to eat when they are pregnant are fully-cooked salmon, anchovies, herring, sardines, freshwater trout, and Pacific mackerel. These varieties are low in mercury and high in DHA, making them a healthy choice for you and your baby.

Shrimp, pollock, tilapia, cod, catfish, and canned light tuna are also safe to eat when fully-cooked — but you should definitely make sure to limit your intake of white or albacore tuna and tuna steaks to six ounces or fewer per week, as these types of tuna are highest in mercury.

Many women are hesitant to eat eggs. For years, we were taught that eggs — and especially egg yolks — were not healthy because they are high in cholesterol. However, new evidence shows that the cholesterol found in eggs does not seem to raise cholesterol levels the same way that other high-cholesterol foods do.

In fact, women who are pregnant or TTC will be pleased to know that some types of eggs are a good source of DHA. You will want to look for a type of egg known as an omega-3 egg. These eggs are fortified with DHA by adding it to the feed of the chickens who lay the eggs, allowing you to get more nutritional benefit from these eggs.

Egg brands that are high in DHA include Phil’s Cage-Free Omega-3 Eggs and Organic Valley Smart Eggs. Just make sure that if you’re going to eat eggs during pregnancy, you always eat them fully-cooked — and don’t skip the yolks, as that’s where the most DHA is found!

Oily fish are rich in omega-3 fatty acids like DHA. While you can get DHA from eating cooked fish, these fatty acids can also be derived from fatty fish and put into a supplement. If you aren’t getting enough DHA from your prenatal vitamin alone, you might try adding a fish oil supplement under the guidance of your doctor.

Fish oil supplements can be substituted for eating seafood if you don’t like fish or want to avoid mercury. However, even pregnant women who eat fish can benefit from taking fish oil, since the limited number of servings per week may stop many pregnant women from getting the amount of DHA they need from fish alone. Because fish oil supplements are low in mercury, they also take the guesswork out of choosing the right types of seafood for you and your baby.

It’s important to note that not all types of fish oil supplements are safe to take during pregnancy. Omega-3 supplements made from the flesh of fish are safe, but those made from the liver of fish — such as cod liver oil — are not. You should also avoid high doses of fish oil. Experts recommend taking about 450 mg of fish oil, which is equivalent to the recommended two servings of fatty fish per week, during pregnancy.

Some women would rather avoid seafood altogether. Maybe you are allergic to it, maybe you are vegan or vegetarian, or maybe you dislike the taste or smell of fish and fish oil. Just because you don’t want to take fish oil does not mean you cannot get the amount of DHA you need for a healthy pregnancy.

Algae oil is a plant-based alternative to fish oil that is equally rich in omega-3 fatty acids. If you don’t eat fish, whether because you are vegan or vegetarian or simply don’t like it, dieticians recommend taking a plant-based DHA supplement — like algae oil — regularly to ensure you’re getting enough omega-3s, even if you aren’t pregnant. As an added plus, algae oil is also more environmentally sustainable than fish oil, as it doesn’t contribute to overfishing.

Nutrition experts recommend that vegans, vegetarians, and others who don’t eat fish take at least 200 to 300 mg of a plant-based omega-3 supplement, like algae oil, two to three times per week. However, this is the recommendation for people who are not pregnant, so consult with your OB/GYN before adding any supplements to your diet if you are pregnant or TTC. 9 Foods You Should Eat to Increase Estrogen Levels 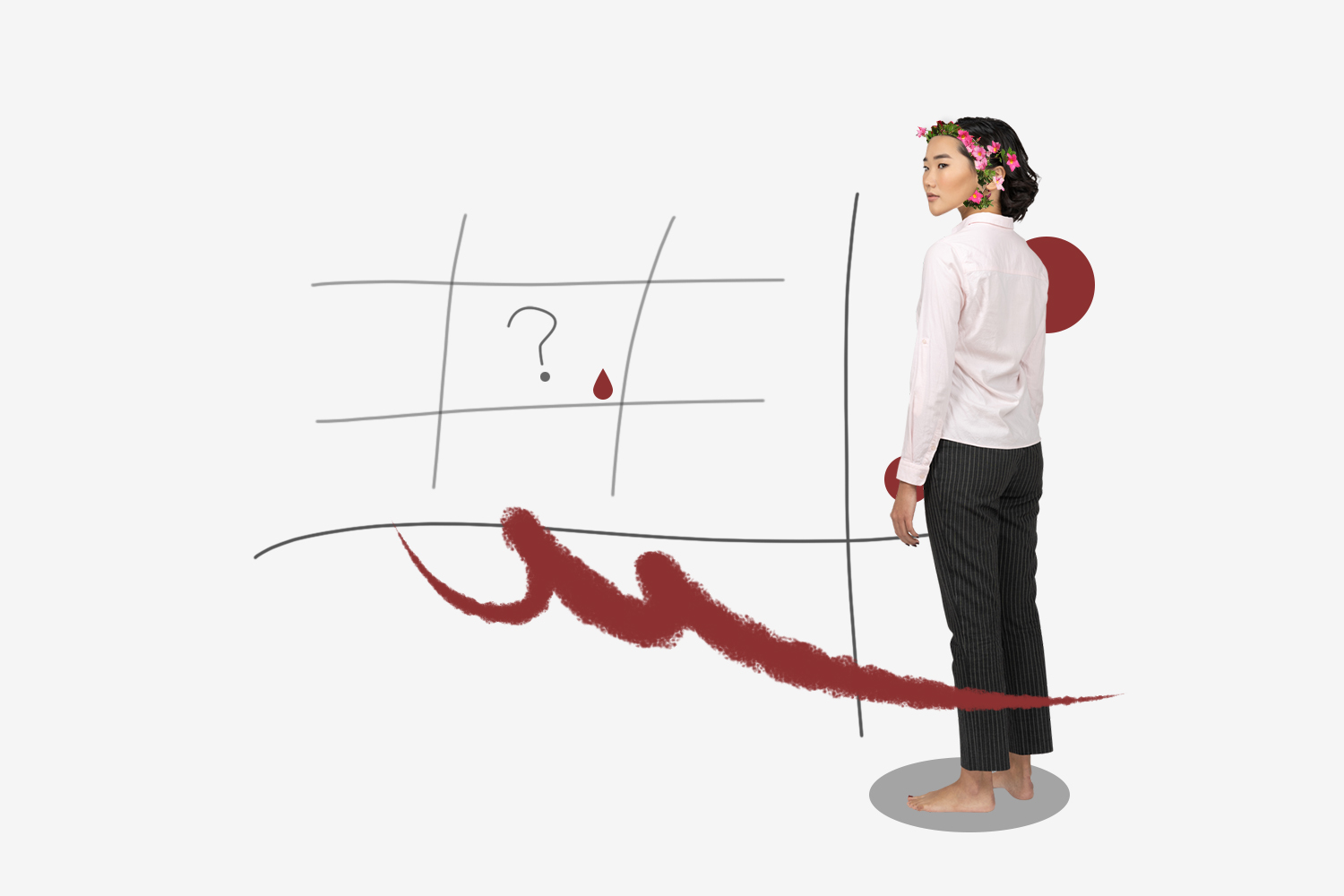 Progesterone & Periods: How Is It Connected? Symptoms of Low Estrogen And What You Can Do About It