A Guide to Basal Body Temperature and Ovulation (+BBT Chart) 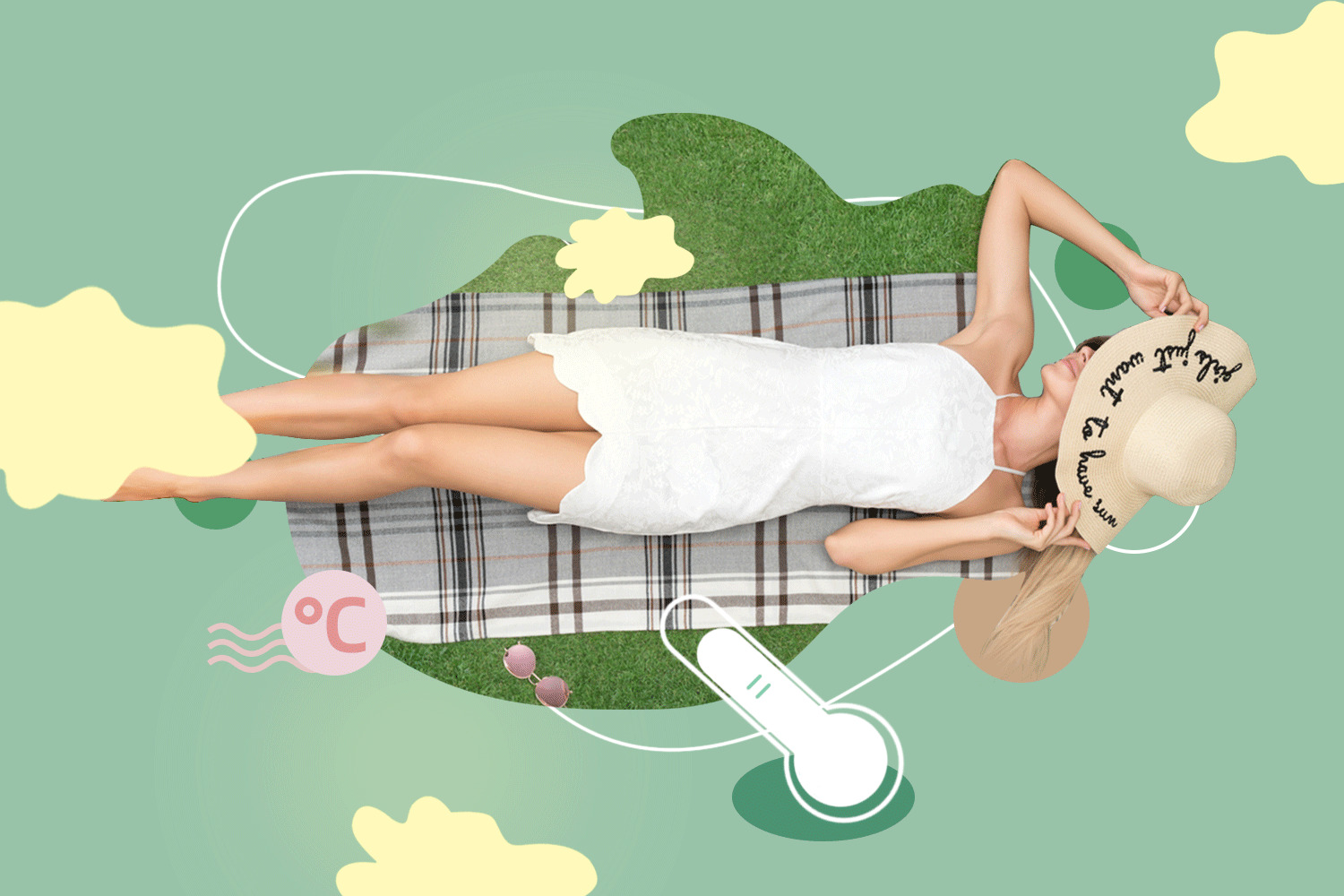 However, the BBT method relies on accuracy, and beginners often make mistakes when using it for the first time. Learning how to use basal body temperature to determine ovulation is important for an accurate estimate of your fertile method. Read on for helpful tips and facts you should know before trying it at home.

What is basal body temperature?

Your basal body temperature (BBT) measures your body temperature when you are completely at rest. There is a slight rise in BBT after ovulation, usually less than two degrees Fahrenheit. Women can use this increase in BBT to predict when they are most fertile, to either conceive or avoid sex during that time. 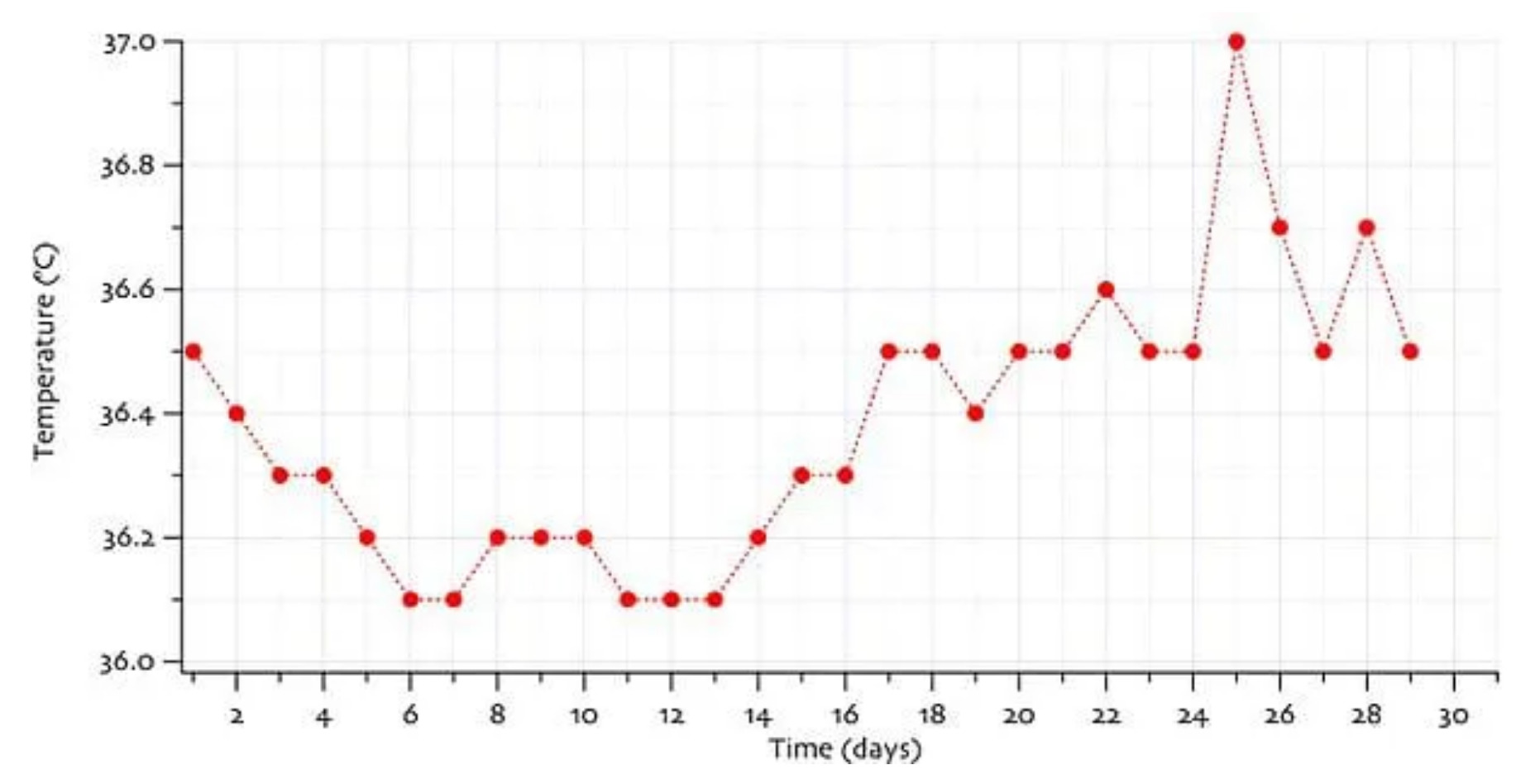 As you can see, the shift in BBT after ovulation is very subtle — in fact, BBT may change by as little as 0.1 degrees Fahrenheit!

BBT must be measured first thing in the morning because even small movements — like walking from your bed to the bathroom to brush your teeth — can cause slight increases in body temperature. Thus, for the most accurate results, you should take your BBT when still lying in bed. Many women find it helpful to keep the BBT thermometer next to their bed at night to remind them to take their temperature as soon as they wake up the next morning.

Before ovulation, there is a surge in a reproductive hormone called luteinizing hormone, or LH. This LH surge triggers the release of an egg by the ovary, a.k.a. ovulation. When LH surges before ovulation, progesterone levels also begin to rise, and BBT rises along with it.

Changes in BBT become most noticeable in the days following ovulation. The increase in temperature after ovulation lasts 10 to 17 days in a part of the menstrual cycle known as the luteal phase.

It’s important to note that your most fertile days take place two to three days before your BBT rises. So, BBT can confirm that your ovulation has occurred, but it does not predict when you will ovulate. This limits its accuracy for preventing pregnancy but does help you track and monitor ovulation if you’re TTC.

How to track your BBT to estimate ovulation

Tracking your ovulation by temperature requires advance preparation. The BBT method requires you to buy a special BBT thermometer and measure your temperature every day before you get out of bed in the morning.

You will also need to select a type of BBT chart to record changes in your BBT over time. Some women track their BBT with an app while others prefer to use graph paper. Choose whatever BBT charting method works best for you.

To track your basal body temperature, you’ll need to:

How accurate is the basal body temperature method?

The BBT method is popular for a reason: it can reliably confirm when ovulation has taken place, as long as you use it accurately and consistently. Forgetting to take or chart your BBT for just one day could cause you to miss your ovulation. This could result in an unplanned pregnancy if you are TTA.

Without tracking your LH levels, you will only be able to estimate when you are going to ovulate next. This can be problematic because there is sometimes a great variation between ovulation days during different cycles, even in the same woman! As a result, you might get pregnant, even though you are TTA.

There are lots of studies on the pros and cons of the BBT method:

There are even more factors that can cause the BBT method to fail. For example:

These factors show that BBT can be a difficult method to follow and use consistently. A BBT chart is not always the best or most reliable way to predict ovulation or avoid pregnancy. However, it can be helpful, especially in combination with other tracking methods, like using a digital fertility tracker.

Other ways to track your cycle

There are many other natural fertility planning methods you can use with or without the BBT method to prevent or plan for pregnancy:

Where to start with BBT when it comes to ovulation

When used consistently and correctly, the BBT method is one of the more accurate fertility awareness methods (FAMs) for preventing and planning pregnancy. However, like all FAMs, the BBT method is most accurate when used in conjunction with other tracking methods. Using BBT along with other metrics to predict ovulation is known as the symptothermal method. Combining the BBT method with other data like cervical mucus changes or fertility hormone concentrations can help you get pregnant faster or avoid pregnancy more reliably than using BBT alone.

Exploring Estriol vs Estradiol & What They Mean to You

All about the 3 primary forms of estrogen including estrone, estradiol, and estriol: how they’re similar, how they’re different, and why it may matter to you along your TTC journey.

Endometriosis and Pregnancy: What to Expect when TTC

In this article, we’ll cover everything you need to know about endometriosis, how it affects your ability to get pregnant, and potential treatment options available.