In the survey of 1,000 women over the age of 35, 2 out of 5 say their symptoms have a significant effect on their work. Because the symptoms are hard to bear, 42% even take time off and most of that time has been unpaid. And the majority (75%) still say that they do not share their symptoms with their workplace.

Additionally, 40% of respondents reported that their menopause symptoms have a significant effect on their work, with the top five symptoms being hot flashes, fatigue, night sweats, difficulty sleeping, and anxiety.

To shed light on this topic, here is a deep dive into our survey results along with some practical advice for employers and those approaching (peri)menopause.

Menopause marks the start of a remarkable chapter in life. However, it is all too often associated with embarrassment and silence.

This stigma surrounding menopause has unfortunately led to an overall lack of awareness among individuals who are impacted by menopause the most. For example, the myth that menopause only happens “later in life” has meant that younger people are completely unaware of the fact they could be affected by perimenopause as early as age 35. According to Mira survey, 47% of people started having perimenopause/menopause symptoms from age 35 through 45 (yes, that early).

There is also the misconception that extreme symptoms of menopause are something only a few people will experience, while the majority of us will have to “power through” our mild to moderate symptoms in secrecy.

Unfortunately, it is not common to openly discuss menopause symptoms in our personal lives, let alone speak up about it in the workplace. Those who are brave enough to share their symptoms are often dismissed due to the stereotypical stigmas associated with reproductive health – such as mood swings, hot flashes, migraines, cognitive impairment, and depressive phases.

Given the fact that an estimated 1.3 million women enter menopause each year in the United States alone, it is paramount that the individuals, families, and workplaces impacted have access to the right information and tools to support this natural transition in life. By 2030, there will be more women between the ages of 40 and 64 in the US than women under 18.

This survey was conducted as a cross-sectional survey of 1,000 American women over the age of 35. Its purpose was to find out how perimenopause and menopause affect(ed) the life and career experience of the respondents.

Awareness of menopause and its symptoms

When asked to describe the effect of menopause on their life, some respondents opened up by saying, “it makes life miserable. You never know how you are going to feel”, “I have never experienced such anxiety before, it can be crippling at times”, and “it makes me moody and drained of energy.”

Experience of menopause at work

One-third of women said they have been taking more sick days since the start of menopause. Every 1 in 10 women is looking for a job with more flexible hours, and 2 out of 5 are planning to retire earlier than originally planned.

When asked to elaborate on any specific examples of how menopause impacts work, a number of respondents reported that they struggle with brain fog and fatigue, which makes it difficult to focus on their tasks and responsibilities.

One respondent reported, “it’s slowing me down due to the fact that I’m tired and can’t focus. I sometimes have to redo things because I didn’t do them right the first time.”

Another reported that they have “trouble getting through the afternoon and remembering anything in the afternoon meetings”, while another admitted, “brain fog and difficulty concentrating affected my ability to make decisions in an appropriate amount of time.”

The long-term effects of menopause at work

Chronic fatigue due to menopause can have a serious impact on an individual’s long-term career prospects, with one respondent admitting that “the forever fatigue has reduced my energy so that basic work schedule is the most I can do. No more overtime or after work get-togethers”. Another respondent also admitted that menopause “affects how I learn new things.”

Others expressed serious concerns about having to reduce their hours at work to manage their symptoms. One respondent opened up by saying, “all the combined symptoms make it very hard to function during a normal work schedule without taking time off for health reasons. I’ve had to constantly adjust my work schedule and my work hours and even moved part-time to compensate.”

The data and sentiments expressed in this portion of the survey are well-aligned with similar research in the U.K. For example, The Latte Lounge found that 42% of women in the U.K. had considered leaving their job because of menopause symptoms. BUPA and the Chartered Institute for Personnel and Development (CIPD) also estimate that approximately 900,000 women in the U.K. quit their jobs each year due to (peri)menopausal symptoms.

Support available in the workplace

Despite menopause having such a profound impact on an individual’s professional life, the majority of respondents (75%) reported that they do not share their (peri)menopause in the workplace.

Additionally, two-thirds of respondents claimed that their workplace does not provide any support for menopause and 50% did not know if their health insurance covered menopause. Of those who had to take time off of work for menopause, 63% reported that this time off was unpaid.

Impact on working from home

Individuals who work from home can also suffer from reduced productivity when faced with menopause. One individual reported, “I work from home and it’s hard to concentrate on work when I’m worrying about other things that need to get done… the hot flashes are so bad that I am constantly trying to cool down and have a very hard sleeping at night because of them.”

Another claimed that “although I do not work, I’m struggling to accomplish the same amount of chores around the house and getting good sleep. Before, doing things was challenging. Now it is near impossible.”

Staff at all levels within an organization should receive adequate information about how menopause can affect individuals and teams in the workplace. Managers in particular should be made aware of how an employee’s performance may be affected by menopause and what to do if an employee is struggling. Staff should also be made aware of any workplace policies related to menopause.

In general, organizations should strive to cultivate a culture where talking about menopause is encouraged and not “taboo”.

While not all symptoms of menopause can be prevented, there are some symptoms that can be mitigated through lifestyle changes that are only made possible with the help of flexible working arrangements.

For example, allowing employees to work from home more often enables them to have more time for things like sleep, exercise, and doctor’s appointments. In turn, this can help individuals better manage the impact that menopause has on their day-to-day life (and improve their productivity at work, too.)

This is also a good opportunity to review job roles, requirements, and procedures to determine if there are any areas within a job that may make symptoms of menopause difficult to deal with. Examples of areas to assess include shift timings, breaks, and uniform requirements.

Considerations for Individuals Affected by Menopause

Understand that menopause is completely normal

Menopause is a completely natural and normal part of life for approximately half of the world’s population.

At Mira, we believe that menopause should no longer be a taboo topic. That’s why we are committed to talking more about menopause and perimenopause, normalizing this stage of life, and busting myths surrounding the menopause transition. It’s also why we recently launched a social media campaign with the hashtag #SayMenopause in order to bring more attention to this issue.

If you are unfamiliar with menopause or if you think that it’s “not something you need to worry about just yet”, we encourage you to check out our article The 34 Symptoms of Menopause + 5 Treatments to learn more.

Get to know your body

A huge priority for us at Mira is helping individuals stay in tune with their reproductive health throughout their life – no matter what their fertility goals are.

If you are approaching perimenopause, we encourage you to continue to have regular health checks with your doctor. They can help to assess your symptoms, test your hormones, and make recommendations for lifestyle and/or medical solutions to help you better manage the transition through menopause.

Try testing your hormones at home

As a part of the solution, respondents see hormone-replacement therapy (58% said they’d consider it), supplements (49%), cooling products to cope with hot flashes (38%), and at-home hormone trackers (20%).

We can learn a lot about our bodies and menopause status through hormone testing. In fact, studies link FSH (follicle-stimulating hormone) levels to perimenopause and menopause. More specifically, if FSH rises and estrogen declines, this may indicate a transition into perimenopause or menopause. And, according to this study, this hormone pattern can begin to happen as early as two years before your very last period.

Monitoring FSH patterns is now possible with the help of Mira’s Ovum Wands, which measures FSH levels in urine. Regular FSH tracking is especially helpful for individuals who want to know how far away menopause may be for them, or, to monitor any perimenopausal symptoms during their transition to menopause.

In support of Menopause Awareness Month, Mira recently conducted a survey to explore the impact of menopause on an individual’s… 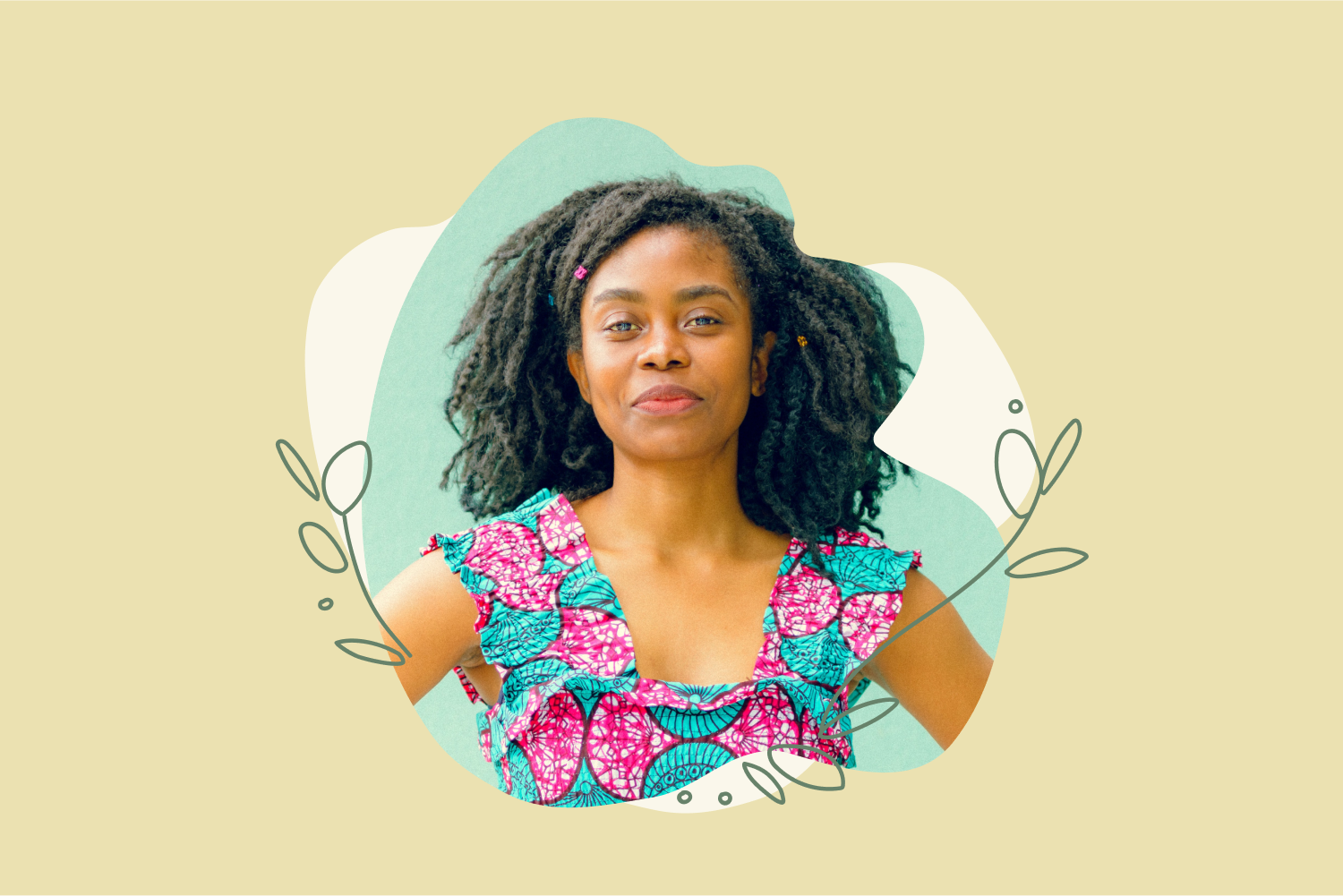