No LH Surge? How It Will Impact your Ovulation & Pregnancy Chances

If you have used ovulation predictor kits, or OPKs, you know the drill: OPKs detect a surge in the fertility hormone luteinizing hormone (LH). The LH surge occurs shortly before ovulation, indicating you have approximately 24-36 hours before ovulation and 12-24 hours after ovulation for the egg to be fertilized. 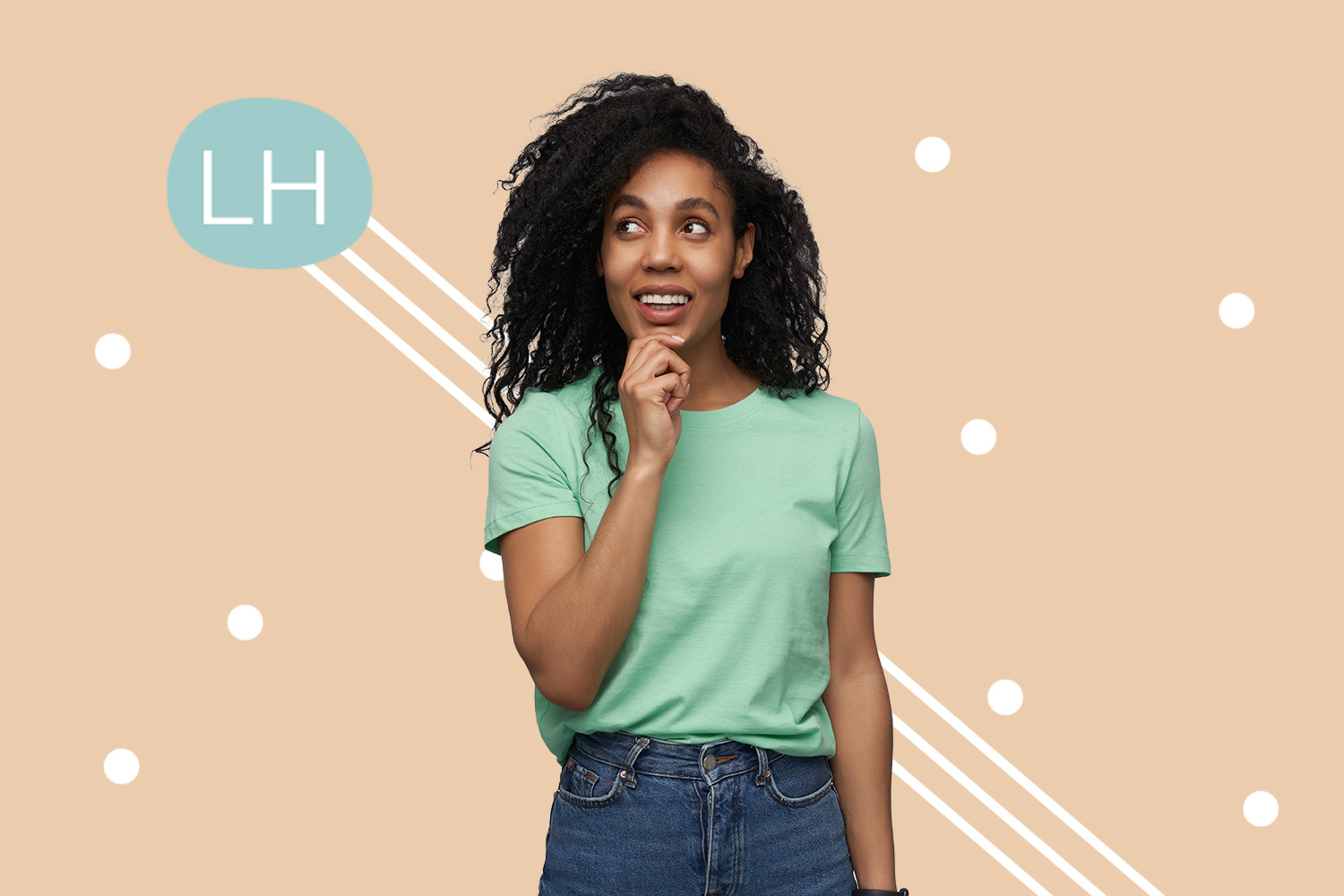 But sometimes, when using an OPK, you may find that they do not detect an LH surge, even when you estimate that you should be ovulating. You might be wondering: can you ovulate without the LH surge? And what does no LH surge mean? Here is what it means – and when to worry – if your OPK doesn’t detect an LH surge, even when you are supposed to be ovulating.

The Role Of Luteinizing Hormone

Luteinizing hormone, or LH, is a reproductive hormone that plays an important role in regulating your menstrual cycle and triggering ovulation. It can also be used to predict the time of ovulation.

The gradual rise of LH triggers the start of your most fertile days. Before the release of an egg, a.k.a. ovulation, LH surges dramatically. OPKs and digital fertility trackers detect this LH surge to let you know when your body is going to release an egg so you can plan to have sex (if TTC) or avoid sex (if tracking hormones to prevent pregnancy).

How OPKS Test For LH

Ovulation predictor kits, or OPKs, predict ovulation by detecting this LH surge. Like home pregnancy tests, OPKs use your urine stream to gather information about your hormone levels. They test the LH level in your urine and compare it to a threshold LH level. If your LH level is higher than the threshold, it shows a positive result, indicating that you are most likely going to ovulate soon (usually 24-36 hours after the LH surge). If your LH level is lower than this threshold, you are probably not ovulating; however, rarely, you may have a low baseline LH level, meaning your LH surge is too low for the OPK to detect. This can produce a false-negative result.

What If There’s No LH Surge?

Sometimes, your OPK may not detect an LH surge, producing a negative result. If you expected to see a positive result (see what a positive ovulation test looks like here), you might be surprised or concerned if your OPK comes up negative. So, what does no LH surge mean on an ovulation predictor kit?

What Does No LH Surge Mean?

However, as we mentioned previously, it is possible to get a false-negative result if you have a low baseline LH level. Certain medical conditions, such as polycystic ovarian syndrome (PCOS), can alter your baseline hormone levels, making traditional OPKs unreliable. Digital fertility trackers like Mira can detect more subtle surges in LH, so they may be helpful for women in these circumstances.

Can You Ovulate Without An LH Surge?

For most women, the answer is no. LH rises to tell the body that it is time to ovulate and surges 24-36 hours before the release of an egg. If you don’t see this surge, you probably took the test at the wrong time, ovulated early or late, or are experiencing an anovulatory cycle.

Rarely, however, your baseline LH level may be high or low, making OPK test results unreliable. Your baseline LH level may be higher than the threshold for ovulation, causing a false positive, or may be too subtle for the OPK to detect, causing a false negative. Most often, this occurs due to hormonal health conditions, such as PCOS. If this describes you, you might be able to experience ovulation without seeing an LH surge.

Can You Get Pregnant Without An LH Surge?

Again, most of the time, the answer is no. Most women only do not see an LH surge when they are not ovulating. If you do not ovulate during your menstrual cycle — i.e. experience an anovulatory cycle — your body does not release an egg, so it cannot be fertilized. In other words, conception cannot occur without a surge in LH.

But, as we mentioned previously, there are certain circumstances where OPKs may fail to show an LH surge, even though it has actually happened. Or, you may be using an OPK incorrectly, meaning that you are missing your LH surge even though it has actually occurred. In these cases, you may want to try more sophisticated testing, either using a digital fertility tracker or at your fertility doctor’s office.

Can My LH Levels Be Too Low To Detect?

Rarely, a woman can experience an LH surge that is too low for OPKs to detect. Low LH most often occurs due to malnutrition (which can happen due to an eating disorder, obesity, or another health condition) or a pituitary gland condition. Low LH can also occur due to a hormonal health condition and may result in infertility.

If your LH surge does not cross the threshold set by the OPK, the OPK may show a false-negative result, even though you are ovulating. However, digital fertility trackers like Mira track your unique hormone curve without using a threshold, so you can still see a surge in LH even if it is lower than what traditional OPKs define as a “surge.” This can help you recognize ovulation even when you have a low LH surge.

What About An Estrogen Surge But No LH Surge?

Before ovulation, LH is not the only hormone that begins to rise. Estrogen also rises before ovulation and decreases after ovulation. These rising estrogen levels trigger the LH surge which then triggers ovulation.

Sometimes, when tracking your hormonal curve, you might see a rise in estrogen without an LH surge. This could mean that your body is preparing to ovulate, but LH has not yet reached its peak. Unlike OPKs, Mira Plus tracks estrogen as well as LH, so you can observe the effects of both these hormones on ovulation.

How To Increase Your Chances of An LH Surge and Ovulation

When using OPKs and digital fertility trackers, it’s important to understand the timing of when to take an ovulation test for the most accurate results. Despite their best intentions, many women use OPKs incorrectly. If this is you, you may keep receiving negative OPK results because you are missing your fertile window.

Unlike home pregnancy tests, which should be taken using the first urine of the day, OPKs are best taken twice per day for the most accurate results: once in the morning and once in the evening. This increases your odds of catching the LH surge, which is short.

Lifestyle factors like what you eat and how often you exercise also play an important role in regular, healthy ovulation. If you are not noticing a regular LH surge, you may want to take a look at your habits to ensure you are not inadvertently harming your fertility with poor diet or lifestyle choices.

Try asking yourself the following questions to see if any lifestyle factors could be harming your fertility:

Testing your ovulation incorrectly or infrequently can lead to inaccurate results. We always recommend testing every day for at least one month to help you pinpoint exactly when you are ovulating (assuming that you are actually ovulating and just missing your fertile window). You should also make sure that you are testing correctly and at the right time of day.

To determine if you are testing properly, ask yourself the following questions:

When to Get Help

It can be tempting to panic when your LH surge does not come as expected. However, you should take time to make sure you are testing correctly — and timing sex around ovulation properly — before drawing any conclusions about your ovulation or fertility.

Ask yourself the questions in the previous section to make sure you are testing properly. If you continue to experience no LH surge or problems with your ovulation after ensuring you are doing everything corrrectly, we suggest making an appointment with a fertility specialist to rule out any serious problems.