Hyperovulation & Multiple Ovulation: Can You Ovulate Twice In the Same Cycle?

For most women, ovulation works as expected: follicles in your ovaries mature, the dominant one releases a single egg, and if you’re TTC and lucky, it gets fertilized. 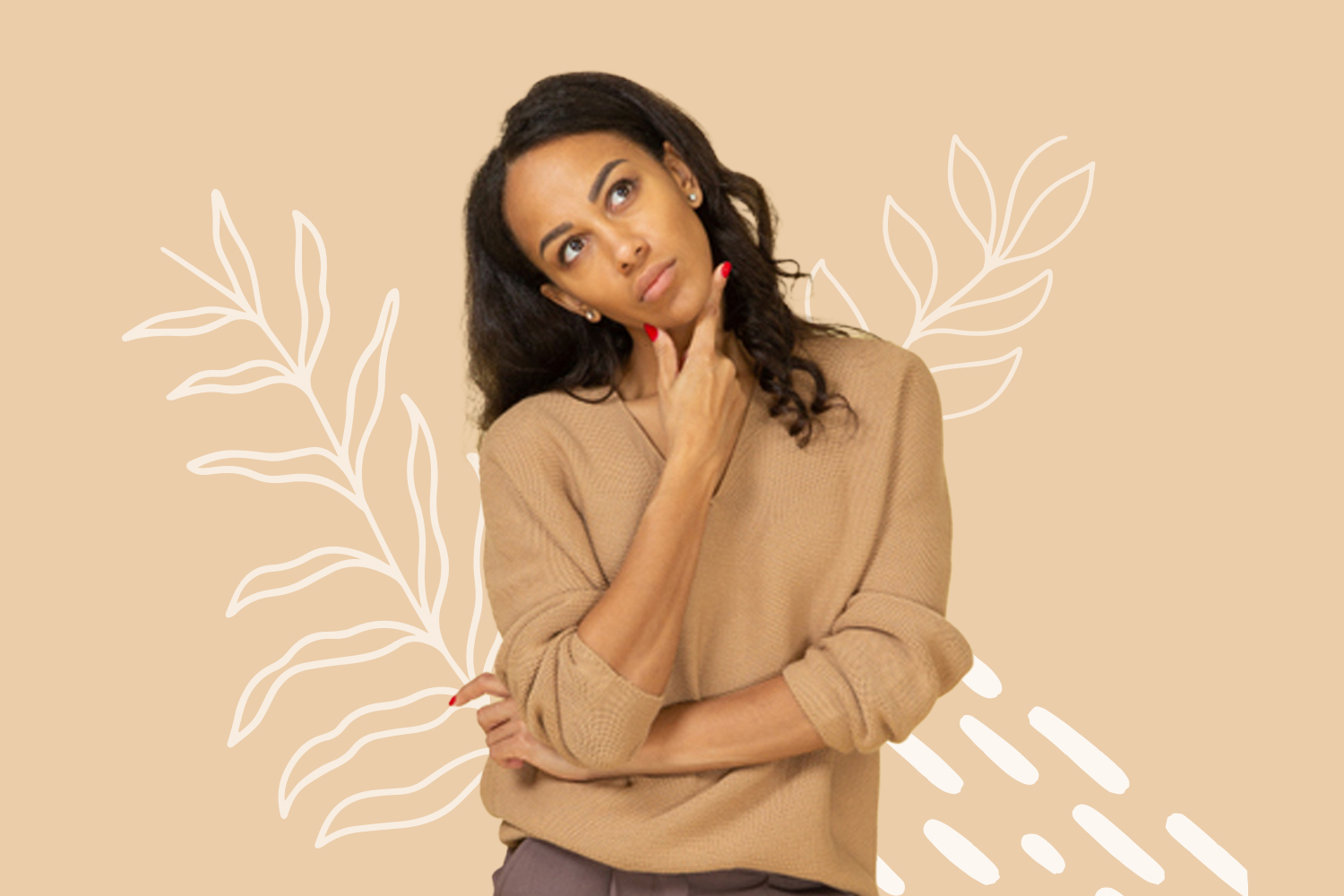 However, as evidenced by fraternal multiples, it’s entirely possible to ovulate more than once via hyperovulation or multiple ovulations.  In this post, we will explore the details of both scenarios, potential causes of each, and what to look for if you suspect you’re going through either one.

The role of LH and pregnancy

Produced in the pituitary gland, LH is the reproductive hormone that triggers ovulation and the development of the egg sac – it is crucial in regulating the function of your ovaries.  LH levels fluctuate naturally throughout your menstrual cycle (as well as your lifetime) and if you are trying to get pregnant, it is an essential hormone to track.

The role of LH changes over your cycle.  During the first two weeks of your cycle, LH stimulates the ovarian follicles to produce estrogen, but at around day 14, a surge in LH levels cause the follicle to tear and release a mature egg from the ovary (ie. ovulation).

The remnants of this follicle form something called the corpus luteum.  This temporary structure formed from the ruptured ovarian follicle dies off about two weeks after ovulation if implantation doesn’t happen. If fertilization of the egg occurs, the corpus luteum stays and LH stimulates it to produce progesterone, a vital hormone in supporting the early stages of pregnancy.

Can you ovulate twice?

Yes, it’s possible to ovulate twice, but the process is a bit complicated.

During your menstrual cycle, there may be multiple waves of follicular growth, and while ovulation only happens once, the final LH surge can cause you to ovulate two (or more) eggs at the same time.  Whether through the ovaries releasing more than one egg within the same cycle (hyperovulation) or through multiple ovulation, it is technically possible to ovulate twice.

While a singular rise in LH levels is most common, your egg delivery system may actually develop in waves, rather than once right before ovulation.  According to studies, there are three types of gradual onset (2-6 days) LH surges:

With a single peak or spike, the LH level increases slightly until it reaches the highest peak (indicating ovulation) and then returns to baseline levels.  With this type of gradual onset surge, testing will show declining levels of LH after the singular peak. A plateau surge means you have several high results in a row before seeing a drop in LH levels.  LH levels reach peak value for 2-3 days before decreasing and ovulation happens after the final highest peak. 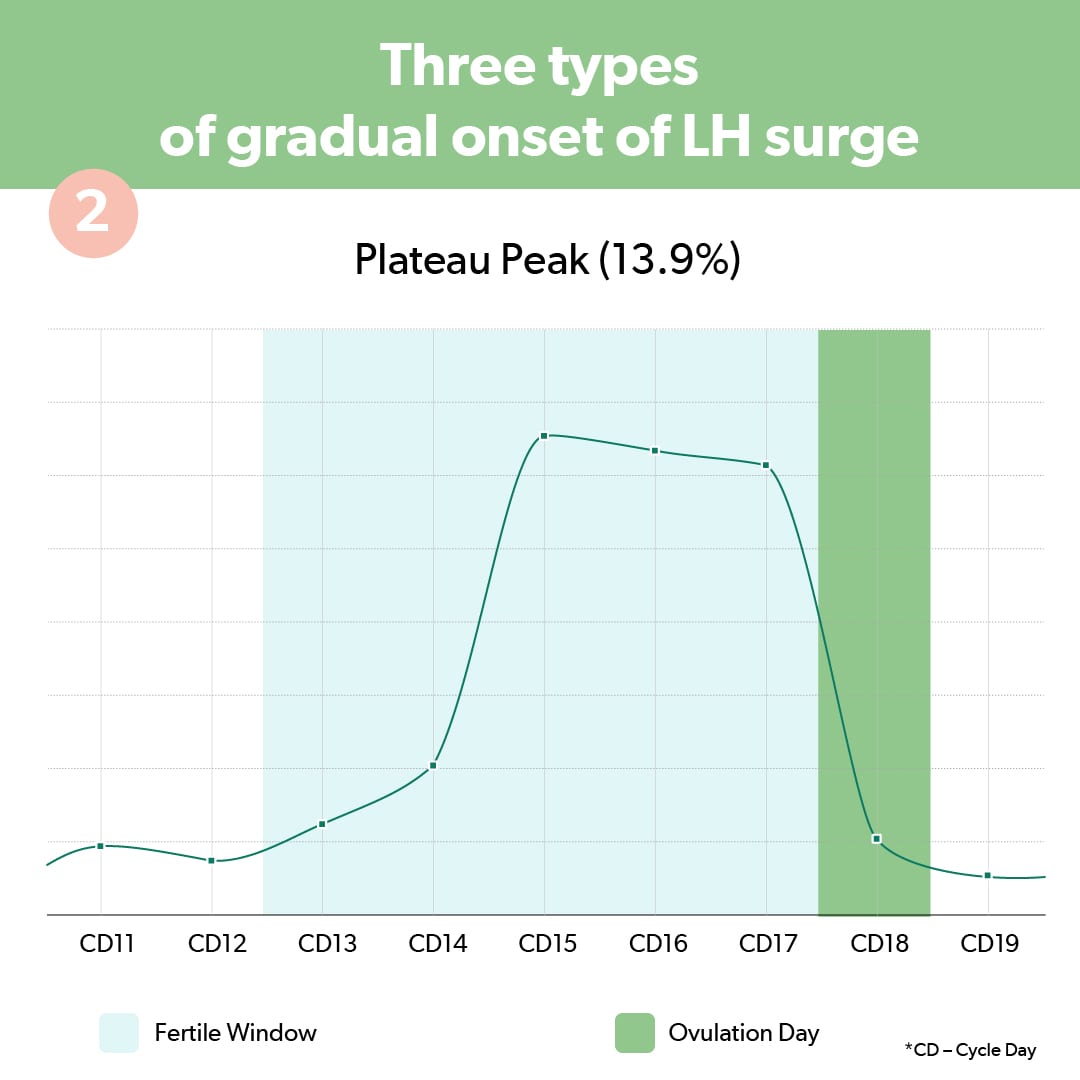 Confusing to track and interpret, multiple peaks in your LH surge shows several ups and downs within a cycle.  There may be more than one significant rise in LH, followed by a decrease, and then a rise again.  Unless you are testing and tracking your cycle, it can be difficult to recognize the right peak to know when you are fertile.  Tracking makes it easier to know exactly when ovulation has occurred, especially if you have irregular LH surges. 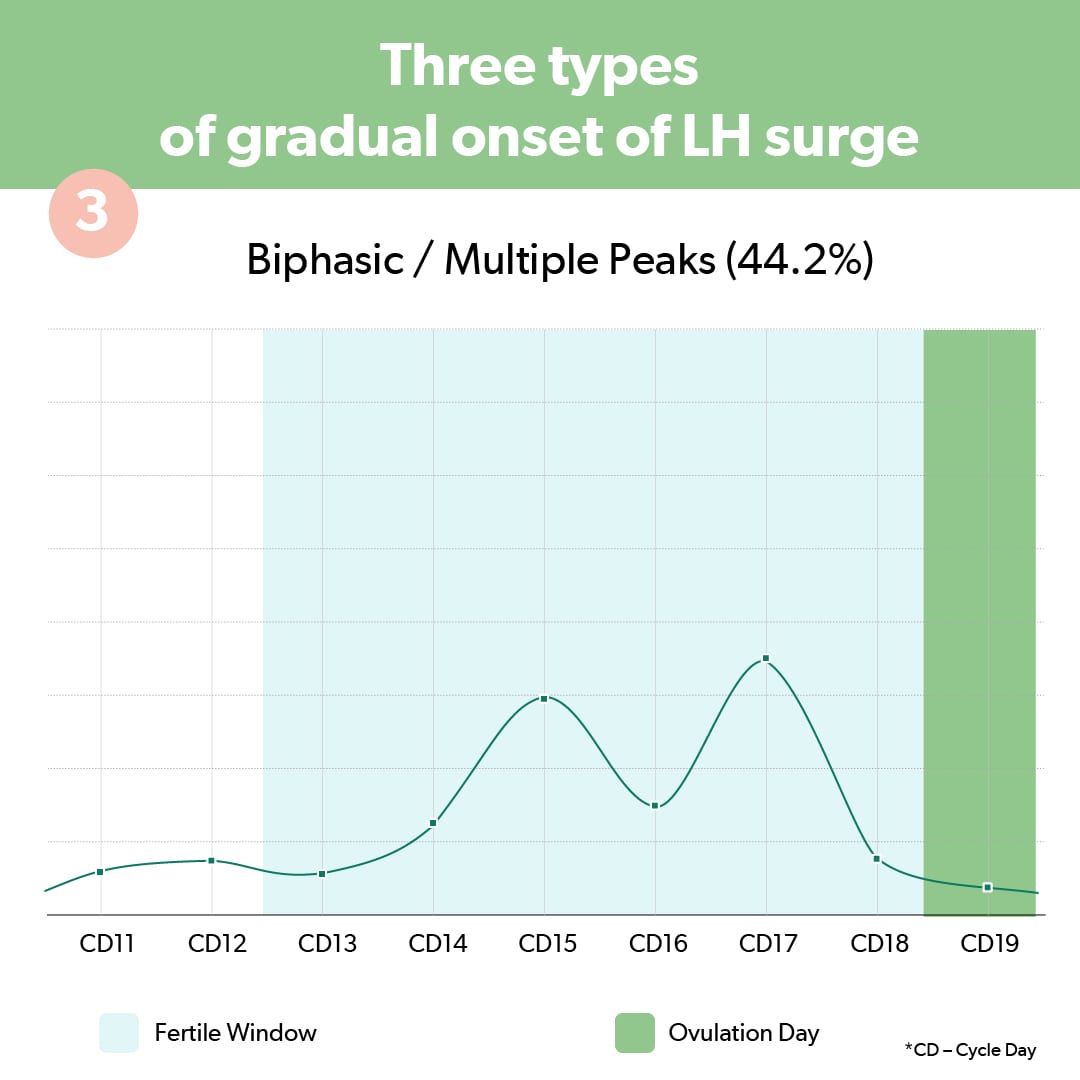 What is multiple ovulation?

During a normal menstrual cycle, only a single egg is released during the final LH peak. When both ovaries release an egg, this is known as multiple ovulation.  When both eggs are fertilized, the result is fraternal twins.

Fertility and ovulation can be influenced by a number of lifestyle factors such as stress, illness, or hormonal changes.  When women come off hormonal contraception, it can take time for their bodies to readjust, making them more susceptible to multiple ovulation during that time.

Other factors include genetic predisposition, medical conditions such as PCOS, and fertility treatments.  And because your cycle is regulated by a complex interaction of hormones, any changes to that delicate balance can trigger changes in ovulation.

What are the symptoms of multiple ovulation?

The only clear indication of multiple ovulation is through an ultrasound, but women have reported some common symptoms in self-assessments like severe ovulation pain and a heavier cervical discharge than normal.

In every cycle, a small group of follicles start a race to see which one will become the biggest and most dominant to release an egg.  Your body may prepare to release more than one egg, as seen in the multiple LH surge some experience, but normally only one egg is released during ovulation.  Less frequently, more than one egg is released and this is known as hyperovulation.

When more than one follicle becomes dominant, the ovaries may release more than one egg within a single cycle.  This is known as hyperovulation and can increase your chances of multiples.

There are a number of factors involved in hyperovulation and more research is needed in the area.  Studies have indicated some women have a naturally higher level of FSH (follicle stimulating hormone) or release FSH more frequently.

In addition, any hormone-based medication, like those often prescribed for fertility treatment, can result in a higher-than-normal follicular development and stimulate the release of multiple eggs.  Additional factors include age, genetics, stopping birth control, and miscarriage.

What are the symptoms of hyperovulation?

Much like multiple ovulation, the only definitive way to determine hyperovulation is through ultrasound.  You may experience slightly more vaginal discharge than normal but there are no definitive signs or clear-cut hyperovulation symptoms.

Traditionally, it has been thought that ovulation only takes place once in every cycle. A wave of 15 to 20 egg-carrying cells, called follicles, grow before ovulation. One follicle will become dominant, and the others die off. Right before ovulation, your follicle swells up until it releases your maturing egg.

If you have multiple peaks, it may be that more than one dominant follicle is produced during a wave, or that dual conception arises as a result of two waves in a single cycle that release eggs. In order to achieve pregnancy, a follicle in the ovary ruptures and releases an egg (check out more incredible facts about the ovary here).

Regarding cases of multiple follicular stimulations, your body releases the follicle, but the follicle doesn’t rupture. In this case, the egg is not released and you are unable to get pregnant. Fortunately, your body realizes that this has happened and releases a second follicle a few days later.

That’s why even after one peak you can continue to see hormonal and symptom indicators of ovulation.  If you’re experiencing this, you should always play it safe and continue to baby dance before the first peak, onset, and after the second peak, as you can conceive after ovulation has taken place (i.e. conception will not result from the first follicle that was released).

Is it possible to be fertile more than a few days per month?

Researchers from the University of Saskatchewan did an ultrasound study on 63 women with normal menstrual cycles. Results showed that all of the women experienced at least 2 waves of maturing follicles during their menstrual cycle.

According to Dr Roger Pierson, 40% of the study participants had the biological potential to produce more than one egg. The takeaway is that you could be fertile for a longer period of time during the menstrual cycle rather than just a few days.

This information along with the research published in the Fertility and Sterility journal can explain why avoiding pregnancy by using the “rhythm” method to track the timing of ovulation is so unreliable.

Your fertile window refers to the five days leading up to ovulation and the day of ovulation itself.  You may be fertile for longer than you thought, especially in the case of multiple LH surges.  And because we know that ovulation can occur anywhere from day 6 to day 21, it is safe to assume that you could be fertile for more than a few days per month.

Hormone testing is the most trusted way to detect a fertile window by measuring the numeric levels of fertility hormones.  Mira’s digital fertility analyzer can help you predict your full fertile window, not just the date of ovulation. 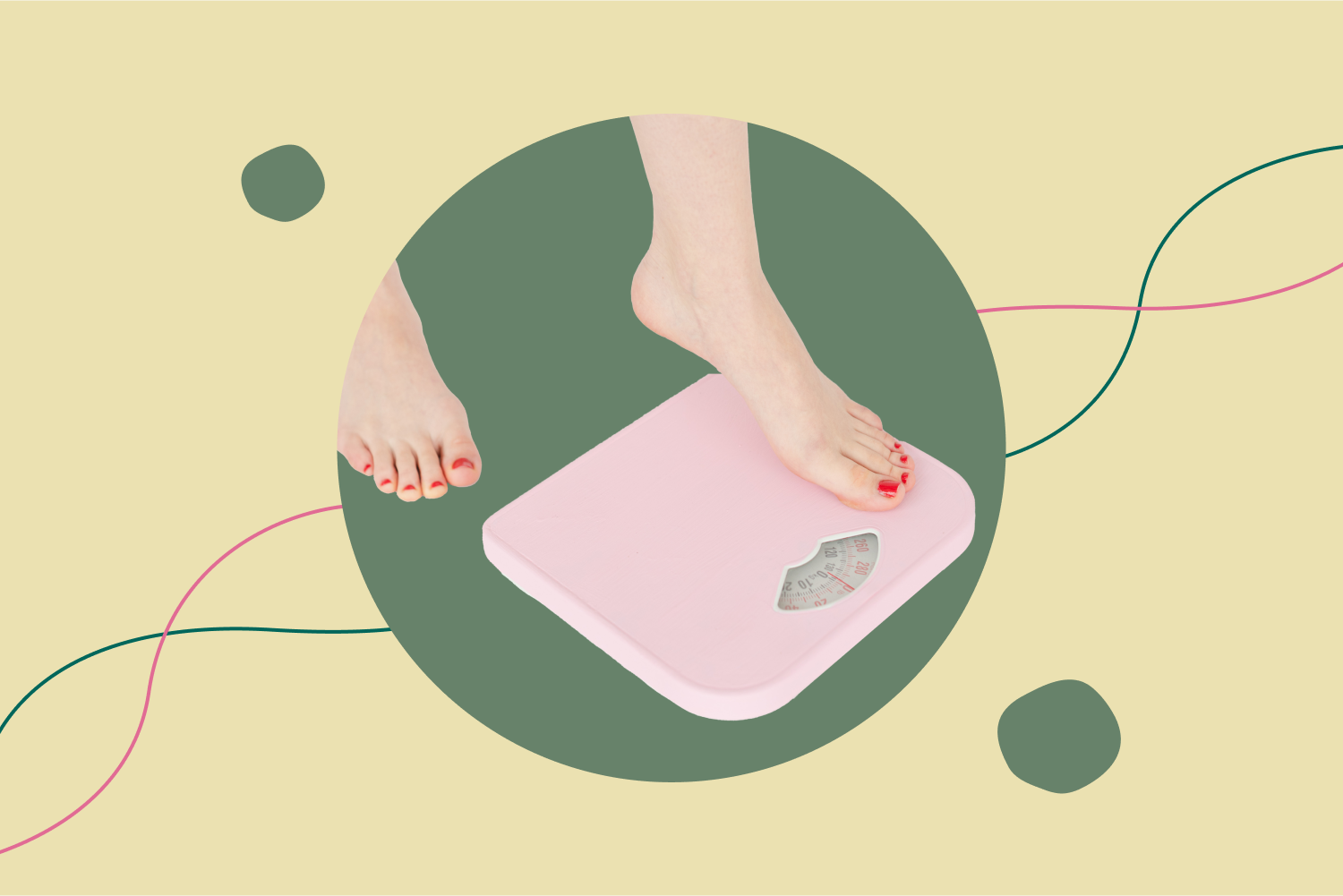 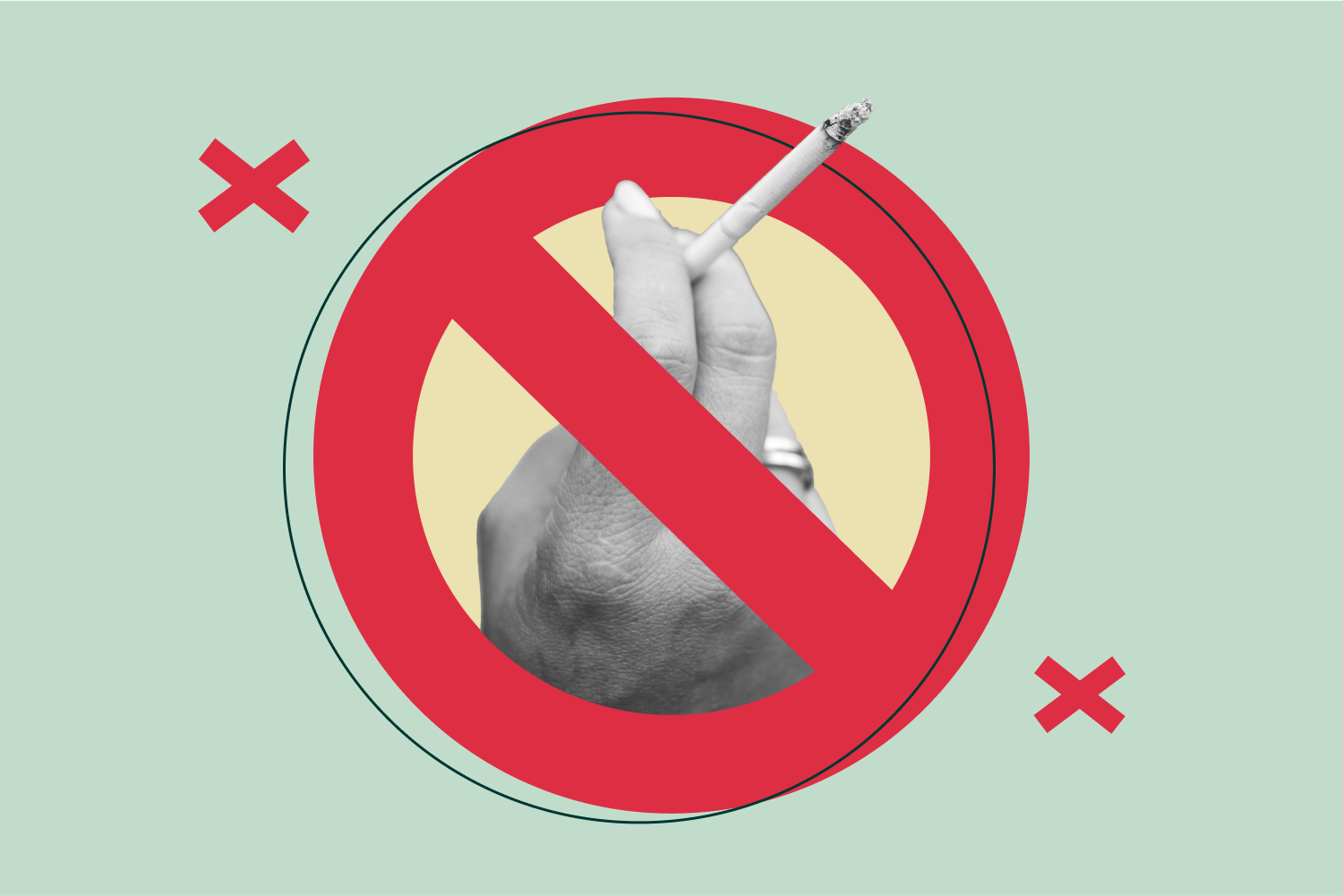